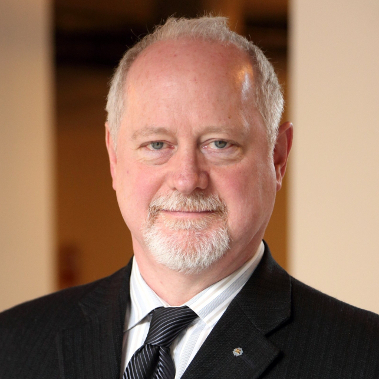 He received his MD (Magna Cum Laude) in 1980 from the University of Ottawa and conducted his clinical training in Neurology at McGill University from 1980‐1985.  He went on to pursue a PhD (1989) in Genetics at Harvard University. He returned to Montreal in 1989 to establish his research and clinical career at McGill University, where he remained for 15 years. In 2004 he moved to the University of Montreal where he created the Centre for Excellence in Neuroscience and became Director of the Research Centre of the Centre hospitalier universitaire Sainte-Justine. In 2013 he returned to McGill to take up the position of Director of the Neuro.

As a clinician scientist, Dr. Rouleau sees patients with genetic diseases and disorders of the brain, and focuses his research on discovering the underlying causes of these diseases in order to find new treatments and improve lives.  Throughout his active research career, which spans more than 25 years, he has published over 800 articles in peer‐reviewed journals, which have been cited more than 65,000 times (Google Scholar). Among Dr. Rouleau’s landmark achievements are his contribution to the identification of dozens of disease‐causing genes and his discovery of new mutational mechanisms. His discovery of the genes causing neurological and psychiatric diseases, including autism, amyotrophic lateral sclerosis, hereditary neuropathies, epilepsy and schizophrenia has led a better understanding of the molecular mechanisms that lead to these disease symptoms.

He has supervised more than a hundred trainees at the Masters, PhD and Post-doctoral levels in addition to receiving numerous awards, including the Michael Smith Award from the Canadian Institutes of Health Research, the Margolese National Brain Disorders Prize from the University of British Columbia, the Prix du Québec – Wilder Penfield from the Government of Québec, the Prix d’excellence of the Collège des médecins du Québec. He is an Officer of the National Order of Québec and a fellow of the Royal Society of Canada. He serves on the boards of several foundations, nonprofit organizations, and companies. He served on Canada’s Science, Technology and Innovation Council and has sat on various grant panel committees (e.g. CIHR, NIH, ALSA, NNFF, FRQ-S).

As co-founder of the Tanenbaum Open Science Institute, Dr. Rouleau is pioneering a new way of doing research by transforming The Neuro into the first academic institution to adopt Open Science principles in order to accelerate discovery and benefit patients and society.